If Eve hadn't been tempted with an apple 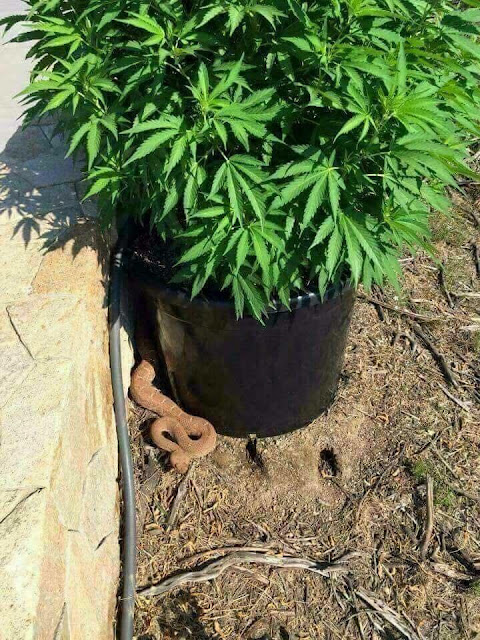 Posted by hiswiserangel at 12:38 PM

Not no, but fucking hell no! I live in MI, because we have only one poisonous snake, and they are not all that common. I went golfing in Kansas with my late uncle, and hit a ball into the rough. I started to go find it, and he said, no just drop another ball. I said why, and he said, there are copperheads out there. That was it, I could not concentrate on golf the rest of the round, and I never was without a club in my hand.

...but, would she have shared it with Adam? or just smoked with the snakee?

Better than a guard dog.

But was it actually an apple? They don't grow in the middle east do they? Same thing with the snake. Maybe an Egyptian Asp? Who said it was a woman?
So many questions.

No copperheads in Oregon.
Only two native poisonous snake species in Oregon. The common one is Crotalus viridis oreganus. I've been up close and personal with many of them. The other is the "Nightsnake" (Hypsiglena torquata). Never seen one, even though where we antelope hunt, is supposedly where they live. My brother is there now. He has a tag, which is harder to get, than the antelope he's hunting. I'd be there, but his wife is with him, and I just spend 3 days with her and the family, and 3 days around her is good enough for a couple of years. I feel sorry for my brother. I digress.