This has been that first hard week. Mother's Day and Sarah's birthday back-to-back has literally taken me to my knees a couple of times. My sweet girl would have been 23 today. It's still so hard for me to grasp, that she's gone and I'll never see her again, get big-arm hugs, sniff her curls and give her warm fuzzies, take her to dances, watch her dance with pure joy and abandon. I'll forget she's not here anymore and think, "I need to pick up some whatever for Sarah," "Sarah needs to see this," "That dress would look great on Sarah." I bought her Jello snacks to eat while she was sick, about the only thing she was interested in, and they're still in the fridge. No one wants to touch them, they're hers. Her bedroom is set up, and she'll never use it. The pool is getting fixed next week, we had planned a pool party for her birthday. She'll never swim in it. So many things we planned to do, we'll never get to do them; but mostly I miss her hugs. 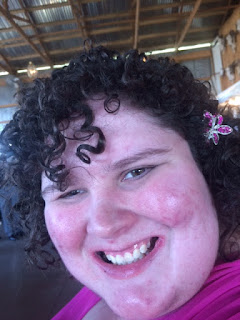 I'm going to try to post some Sarah memories, happy stories, to remind me what a blessing she was.

When she was little, probably about 4-5, we'd go as a family to Furr's cafeteria for a special treat. Since I left teaching to be a stay-at-home mom with her and Jaylee, we were broker than the 10 Commandments, and eating out was a special treat. Sarah was never the most patient person, and standing in line was something she barely tolerated. Furr's was torture for her. Shuffle, stop, shuffle, stop, shuffle, stop. One occasion, after about the fifth shuffle-stop, Sarah decided to get the line moving by poking the guy in front of her. In the butt. Big guy. So she poked and he spun around to see who goosed him. Of course, Sarah, being 5 and short, was under the radar; I, however, was eye level. He spun and we locked eyes, him shocked and me mortified. As I stammered my apology, explaining the true culprit was an adorable little girl, my spouse, being ever so helpful, exclaimed, "Oh my God! I can't believe you're blaming our daughter!" I think they set me up. After that, whenever we went to Furr's, Sarah was sandwiched between us.

She was also quite the vagabond. She was born with wanderlust, and it got her in trouble several times. She always wanted to know what was over the hill, around the corner, beyond. It shouldn't surprise me that she slipped away from us to go explore Heaven. She was also Houdini. There wasn't a lock she couldn't master; our doors always had extra locks at the top which helped until she was big enough to drag a chair over. Sarah had come home in the back of patrol cars more before the age of 10 than most criminals do in a lifetime. It got to the point that I'd write down descriptions of her clothes each morning just in case I needed to describe her to an officer. But as nerve-wracking as it was, it was also one of the things I admired about her. She was fearless, curious, adventurous. And she loved to try new things. And I was usually there with her, trying to keep her safe, but at the same time letting her soar.

This last adventure, I didn't get to be there with her, couldn't keep her safe, but man, did she soar. 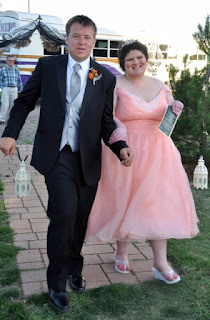 Posted by hiswiserangel at 4:49 AM 27 comments: