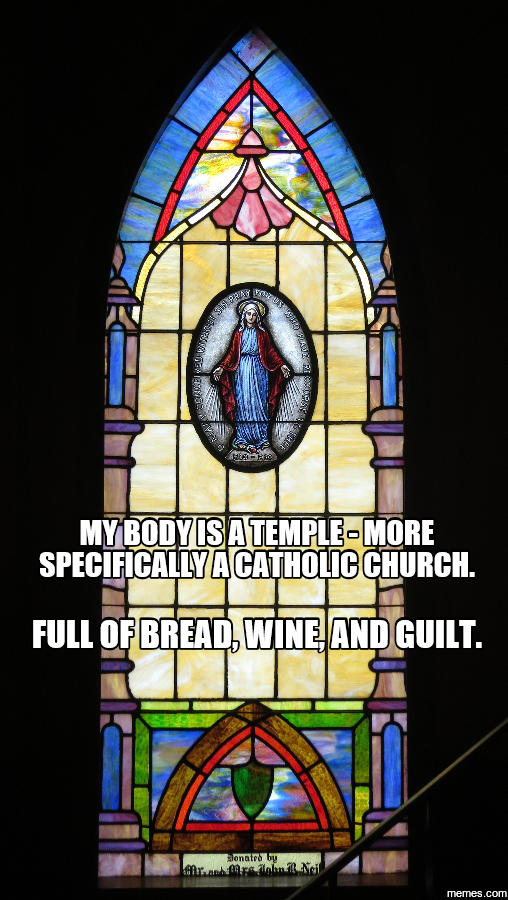 Posted by hiswiserangel at 5:00 PM

Catholic? Yup, that would be me.

Ah, Catholic Guilt, all the fun of Jewish Mother Guilt, but with an heaping helping of "He died on the Cross for You" Guilt. And it's Organized! Because after the heaping helping of HDOTCFY Guilt, you now get to go experience "Confession Guilt" and "Saying Prayer" Guilt.

What, never heard of "Saying Prayer Guilt?" That's the guilt you feel when you know how long it is going to take to say all those "Hail Marys" and "Our Fathers" and if you don't think your asshole friends or the snoopy old biddies aren't timing you in your prayers to see how much you've sinned, well, then you are dumb or ignorant.