Okay, so this is my latest dilemma

I just ended the Grammar Class From Hell, and thought I had two weeks to recover before the next one started. Yay! But wait.... I got an email yesterday telling me I could access the class materials Sunday because the class has been moved up a week. yay.

I took this class because the class I originally wanted was full. Every time I've tried to take that damn class it's been full; I'm just not quick enough on the draw. So I signed up for the other class, paid the fee, and on the very small chance it might happen, signed the waiting list for the first class. Now, both of these classes are required; I'll have to take them both eventually. Keep that in mind; it's important to the story.

I received another email today informing me that the original class has an opening and I'm first on the list. It will still be starting on the 17th, am I still interested? So, here it is, the dilemma:

Class #1: Already enrolled, paid for, instructor is one I've had for two other classes, made As in both classes, he likes me and enjoys my quirky sense of humor. This would basically be a fluff class which I desperately need after the GCFH. 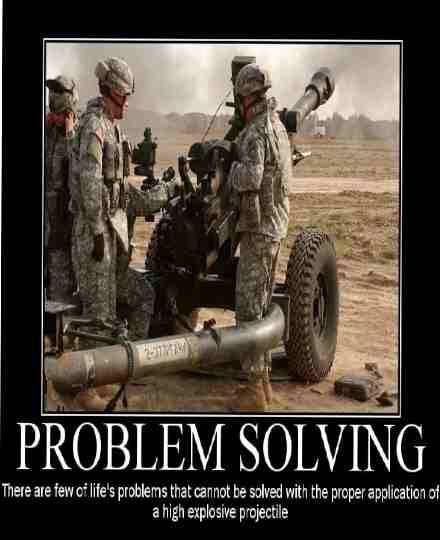 Posted by hiswiserangel at 1:33 PM

Go for it. Take both. The fluff class will help keep you sane during the hard class. If that fails, resort to alcohol.

Agree with JPD. Take them both. Gotta trust yourself on this.

Y'all do understand this means the blog goes back on the back burner.

Alcohol? I'll drink to that.
When you were in college did you only take one class a quarter? Betting alcohol was involved then also. :)
Take both.
(For the geezers, think semester instead of quarter)

Re blog. Post your homework. We will be more than happy to grade it. Heh heh

Terry, I was also younger, single, and childless. Huge difference.

Time management with a family is next to impossible. Don't even try.
Take both classes and let the little jobs slide for the duration. It will be a testing time in more ways than one; but you will discover more about yourself than merely 'book larnin'.
Speaking only for myself, I will miss your blogs but it's a small sacrifice to make. With you and Miss Lisa among the missing, life will be very bleak indeed.

Take them both. Then take the following month off.

Angel, you know what you are going to do. You don't need our permission to take two classes and ignore us. We are a patient sort, and you must do the things that make you not only happy, but also make you even better. And if you didn't know that both classes would open up at the same time, you haven't been paying attention to the fact that God has a sense of humor. Be strong and of good courage, you can do it. And if need be, find some local help with your day to day tasks, so you don't kill yourself.

Do it girl, you know you want to just to show you can. Still loving your posts.

Fuck it, drop both of them and get wasted.

Go nuke or go home. :) If you think you can handle both, then go for it. The Web is a big place, we can find something to amuse ourselves while you're out. Youtube cat videos....how to make Tic-Tacks...Hungarian goat porn...the possibilities are there, and we'll be here when yer done!

DON'T LISTEN TO THEM! from experience, you'll burn out and hate life and school and maybe even drop out. take the easy one now, recover a bit from the gcfh, then tackle the next challenge refreshed and ready. yeah, i know you're super girl and it goes against your nature but trust me on this.

Wirecutter, I always knew you were my shoulder devil.

So, we'll survive. Do both classes, get A's in both and make us proud.

Once I had the opportunity to serve in a joint military operation. I was doing "targeting" in a heavy duty bunker for airplanes thousands of miles away. A young Marine told me how he knew there would be issues because "we" were doing this all wrong. The Marines take their intelligence people with them to the forward area/combat zone. The theory is "shared risk". The people in the combat zone realize how important the task is and they aren't going home at the end of the day to drink a cold beer.

So, I'm not sharing in the risk when I put in my 2 cents. Regardless of what I decide, the worst that will happen is I don't get to browse your blog for a few weeks. I, nor my family will go without a meal or miss a few hours sleep. I don't know your goal, I missed the big picture presentation. Financial reward? Better blog writing (nothing wrong with it right now)?

Having said that, I vote for the nuclear option! Take Both Classes.

Go for it Angel. We'll be here waiting when you get done. Besides, if you get Wirecutter to mentor you what could go wrong?

Swing hard in case you hit.
God hates a coward.
I didn't come here to lay up.

Enough of the golf metaphors. But much like flipping a coin to make a decision, when it's in the air, you'll know which way you want it to land.

Your call. I did undergrad in four years, all the while working full time in a factory. But like you said, younger and childless makes a huge difference.

If you opt for both, check in from time to time to let us know how you're doing. Good luck.

You need to take the hard to get class while you can, that's a given. It's finally here, now! Get it done & out of the way.

The question is could you have taken a second class while you did the grammar class? Only you can answer that.
Family life/responsibilities is your world, good or bad that's what you have. The schooling is extra you are taking to better yourself, your family & to generally make you smile a little more when you look int he mirror.

I'd be really surprised if you didn't take off and nuke it from orbit.
It's the only way to be sure.

Don't forget that the instructor of the "fluff" class was once an unknown also.

You should obviously do what you think, not what we think.
That said, I really disagree with the majority.
I can't tell you what you should do but I can tell you what I would do:

If you can get a refund on the fluff, take the waitlisted class now.
If you can't get a refund or credit, or just switch, take the fluff now.
(Remember that you can 'petition' for an exception to the refund rules.)

Time spent with your kids is more important than finishing two classes.

advice on here is as thick as fleas in sand.....my age, experience, and conservative nature says take the one you have been having a hard time getting into, petition the powers that be with the scenario that unfolded to you(last minute acceptance,etc) see if you can get a refund on the fluff class, let the fluff class instructor know what you are doing, and come back to his class later....NOW, having spewed forth with all that, do what you damn well please, and we all will love and respect you.....