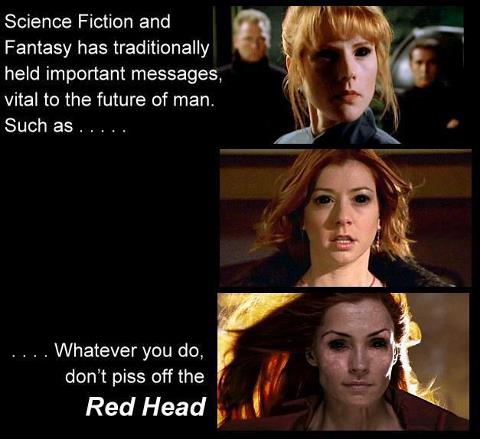 Posted by hiswiserangel at 12:39 PM

I think Heinlein knew this on some deep dark level; he was married to one.

Yuppers! Say the same for Louis L'Amour...his lead female character is usually a carrot top...just like his bride.

That first one - Pat Tallman playing Lyta Alexander in Babylon 5. I lusted after her for years...

Me too, Richard. Mira, Claudia, Andrea, B5 had some goodies.