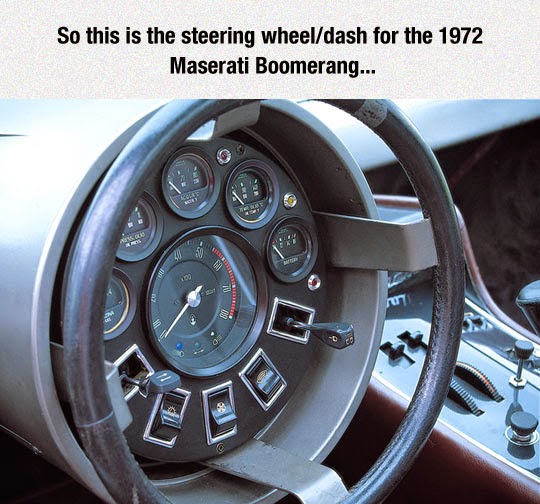 Posted by hiswiserangel at 11:46 AM

A Maserati Roomerbang?
Switches on the dash and console look rather flimsy.

Soo fucking Italian. Hey, we make-a what we like and worry about if it works later, capische paisan? I'll bet the leather smells like sex, though.

but the speedo only goes to 80?

I just jizzed all over myself.

You can keep your man card. One little mistake doesn't mean anything more than you're really a man.

A supercar with a 5500 RPM redline.....my truck engine turns faster than that. Even in the day a run of the mill small block would go that fast.

And sometime, some poor schlub has to repair that.

But the Italians are known for their over the top setups.