Okay, I fit many of these 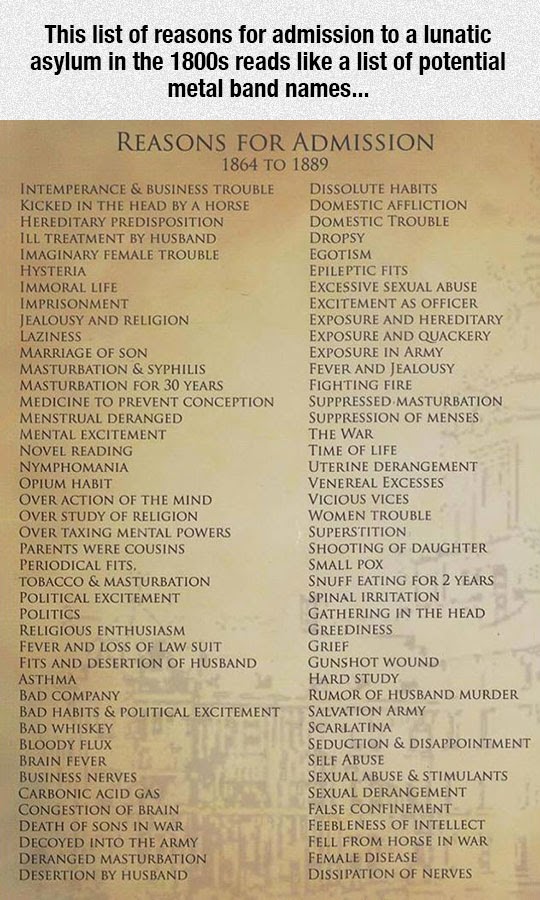 Posted by hiswiserangel at 11:37 AM

It does explain Congress, as an institution.

"Kicked in the head by horse". The place must have been overun with cowboys.

Volfram, you are on my Top 10 People I Want To Meet list.

I believe that "going" would be covered by Gathering in the Head.

And they have Bad Company in there, so someone was checking this out.

Angel: Why would you want to disappoint yourself so badly?

Volfram, you're not allowed to speak ill of people I like. Stop it.