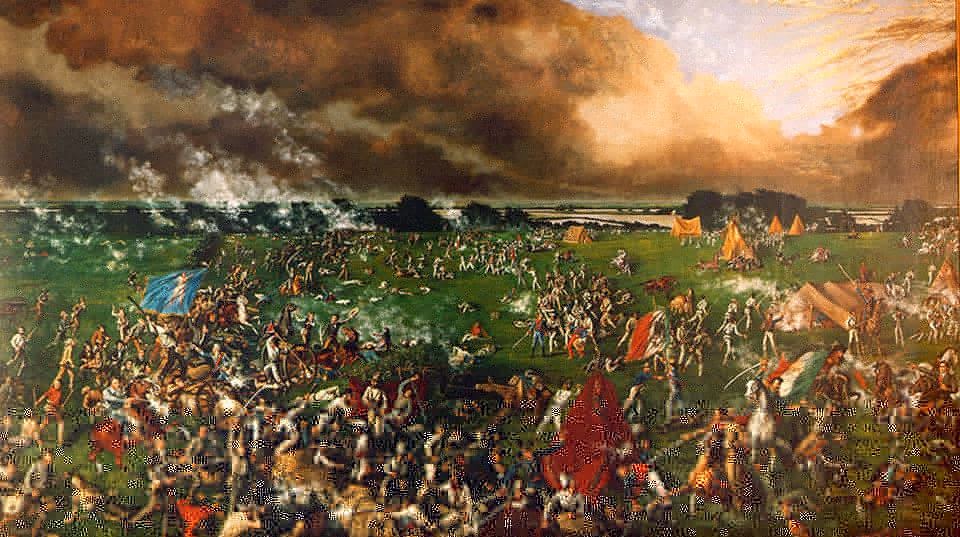 This is the true Texans' holiday, the day that the Republic of Texas won her independence from Mexico in the Battle of San Jacinto.  178 years ago, in present day Harris county, the Texas army engaged and defeated General Antonio Lopez de Santa Anna's Mexican army in a fight that lasted a whole 18 minutes.
That's right, 18 minutes. About 630 Mexican soldiers were killed and 730 captured, while only 9 Texans lost their lives on the battlefield. On the marshland north of Galveston Bay,the battle cries of "Remember the Alamo" and "Remember Goliad" rang out from the Lone Star soldiers.

Santa Anna, the President of Mexico, was captured the next day and held as a prisoner of war. Three weeks later, he signed the Peace Treaty that dictated the Mexican army leave the region, paving the way for the Republic of Texas to become an independent country. 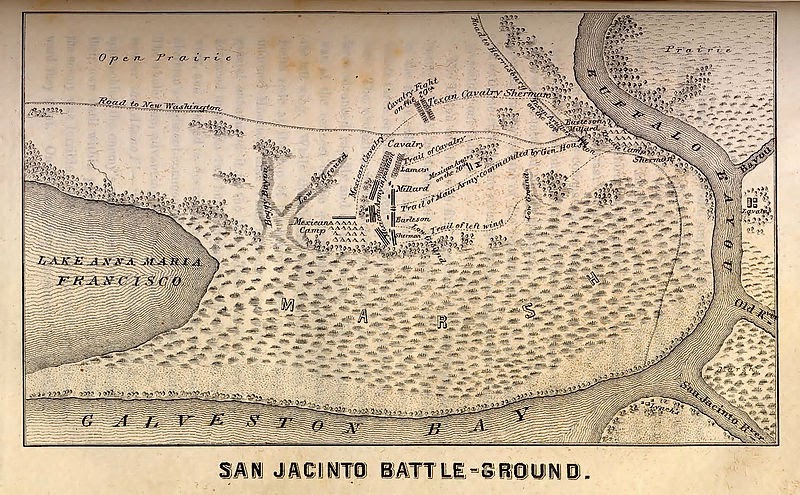 Lesson of the Day:
Don't fucking mess with Texas.

Posted by hiswiserangel at 7:09 AM