undo my bra with one hand and pull it out through my sleeve while driving 75 down I-40. Dudes, it's not that complicated. 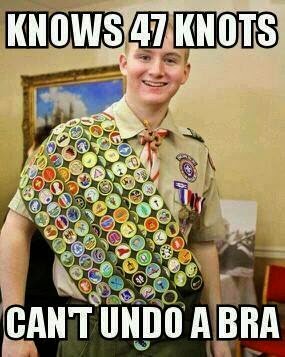 Posted by hiswiserangel at 2:51 PM

I'd pay cash money to watch you do that.

ooo oooo pick me pick me!!

Damn Angel..your bra is out faster than a fat kid in a dodge ball game

Chief! I adore you, you crack me up!
And now I know how to raise money next time a Patriot is in need of help...

I don't need to undo those straps, I got a fucking knife.

Fuuuuu-uuuucckkk.
I just set off the smoke alarm.

If it's a front clip you're cheating!

LOL Angel! What I really want to know is the back story of WHY you were doing that?

I know why I used to do stuff like that. I used to have to go from work to dance class or vice versa and didn't have time to change, just barely had time to get there without being late. I'm sure there were some pretty good shows while I flew down the freeway. I got really good at doing nylons without putting holes in them. ;)

Hah! I was going from school to dance class! I could almost manage to put my tights and leotard on in the car while driving. Usually, I'd stand in the parking lot behind the door, skirt up, panties off, tights on, leotard on to waist, arms pulled into dress and put into leotard sleeves, done in under 5 minutes.
Ta-daa!

For what it's worth, I was in a board of review for a Scout, and asked him how many Merit Badges he had earned. His response was "All of them." At that moment there were 134 badges.
This is not to take away from the image of other things. Best couple of things I can think of to.....

Pic or it didn't happen.

I can do it from in front of a woman.


With my tongue.
Fucking lightweights.

Amen, Sister! Preach it! Nothing more liberating than trucking down the Interstate, relieving your self of unwanted constriction.

I dunno...depends on how many fasteners. Two or three is literally a snap of the fingers. Personally, I prefer to take my time unwrapping gifts...with as much teasing as she'll let me get away with. No rush...:P

Bra's do not have knots they have clips, given that should the scout have a badge that.
Sincerely Stepinit

In a few years, he will.

He'll also know how to tie his woman in knots, and will be constantly learning and practicing how to improve said skills.

And if said woman *wants* to be tied up, well, a sheet bend is just one of many that can help bend the sheets.

Don't believe for a minute that Boy Scouts don't know anything about undoing bras! As an Eagle Scout myself, we soon learned the "alternate" Scout Oath which goes, "On my honor, I will do my best, to help get Girl Scouts undressed."

Also, when I was a Tenderfoot and was first learning to tie knots, we were prohibited to learn to tie a hangman's noose. Naturally, that is one of the first knots we learned to tie (the older scouts showed us).

I just wanna know how YOU know he cant. Been crusin the high schools again? ;-)