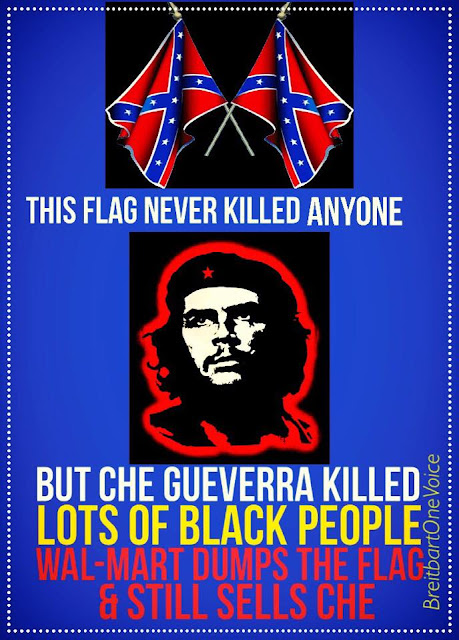 Posted by hiswiserangel at 4:57 PM

they can kiss my rebel ass.

Send this pic around - make the point...

I won't give wallyworld a penny.
Haven't in years.

Yeah - here in Oz Woolworths did something similar when they withdrew from sale " Australia - Love it or leave " T shirts earlier this year . A boycott Woolworths movement has resulted in their worst profit performance ever & the resignation of their CEO .Sadly some 1200 jobs have gone too . Tough tit woolies .

Yeah, but Che was a communist, so it's OK. It's only when Republicans kill people that it's a bad thing.

As related by Sarah Hoyt in comments at http://accordingtohoyt.com/. Have your children still in school petition their schools that images of a mass murderer is creating a hostile environment and is affecting their ability to learn.

She related how her son was able to have the Che shirts banned. Sorry I can not point you to the actual comment