The plunger put it over the top 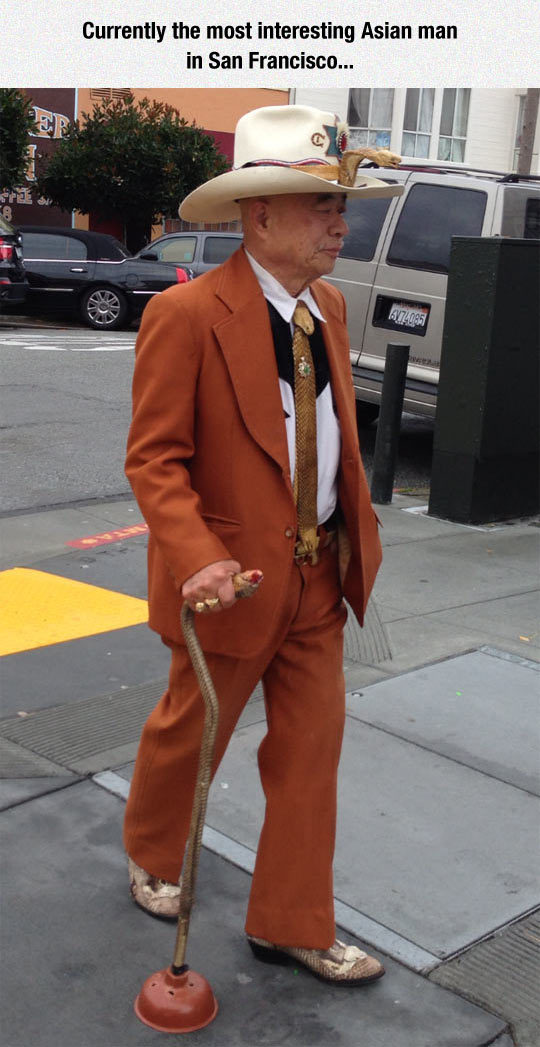 Posted by hiswiserangel at 9:50 AM

you should see his martian Bugaloe Ranch.

I like that tie. I remember when snake hatbands were all the rage. I thought about it for about 2 seconds. I went with the quail feather band.

Genericviews just beat me to it and was funnier than what I was thinking.

ya know, for Frisco, he looks remarkably normal and sane..........and snake skin hatbands say "dude"...snake RATTLE bands, on the other hand.....

I put a Crotalus viridus oreganus skin on an old Stetson hat I found half buried in the mud, along the Willamette river one day, while duck hunting. It was the one I found on my back porch steps one night, coming home from work. My kid could have easily come running out the back door right on it. A different one got me. Stupidity is my claim to blame, but nothing bad happened in the long run. Saying I'll never do a "crocodile hunter" type of move again, just got a lot easier to believe. I've dealt with a lot of snakes,(it's my mom's fault, she should have been a biologist, but she was just as good as an RN, and better, she delivered a bunch of babies)OK, Mom brag done... and gopher snakes are the worst. I caught a California King snake about 30 inches long, and it was quite docile, compared to others. If they aren't poisonous, they can only be a variety of other problems, including diseases that are potentially cross species transmitted. Some bite and have teeth that will easily draw blood. I learned that lesson at age four, and quite apparently forgot at age 32. I have a snake hook now, in case I get all Frank Buck on everything. I'm getting older, but I refuse to grow up. We have snakes in the garden, and the butterflies are more prevalent than I've seen for a long time, this spring.
I hope angel can appreciate the scatter plot of that randomly selected thoughts.

Oh, I'm sorry, I meant to say, them random thoughts, not "that". I apologise (Wirecutter, how do you spell that fucking word) for the confusion.