Soon to be adopted by all Southern states 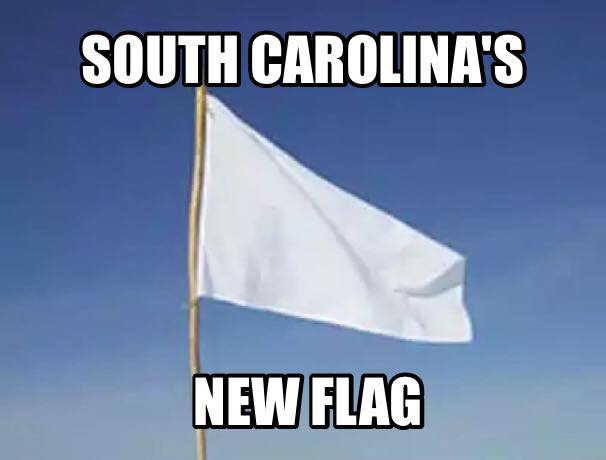 Posted by hiswiserangel at 7:00 AM

I was born and raised in the South, and this whole thing is breaking my heart. When I raise my Confederate flag (not the battle ensign), it has nothing to do with race. But these people kidnap any totem or symbol they can and turn it around to fir their narrative. BTW: I bookmarked this several years ago, as it hit a chord:
http://www.unz.com/article/why-do-they-hate-the-south-and-its-symbols/

just as i predicted, they are going after the MONUMENTS now. just like isis does, hmmmm. they can eat my shorts. i just ordered big ol u.s. made battle flag which will fly over my home until they kill me. sic semper tyrannis!

It's all of those NE Yankees moving away from the mess they made and then voting for the same bullshit. Just like all of the Kommifornia transplants screwed up Colorado.

Let's not forget those fine examples of political leadership, the (ostensible) Republican party. And so I'm not mocking other states, we have our own John Boner here in Texas. Sigh.

whenever THEY try to take down ANY of M'arse Robert's statues, there will be blood in the street, even if some of it be mine...