The power of an armed citizenry 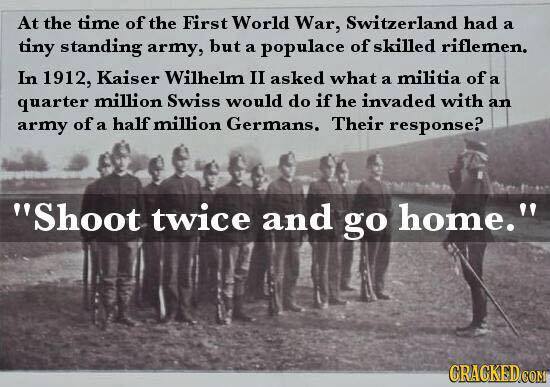 Posted by hiswiserangel at 5:26 PM

Get thee to an appleseed!

You don't know what the Appleseed Project is? It teaches basic rifle and firearm training to newbies, but more experienced can participate. Check it out, a worthwhile endeavor.

I heard the same apocraphal story told about WW2 and Hitler. Likely it was never really true. Since in WW2 and WW1, the Rifle had stopped being the primary means of killing enemy troops. (replaced by machine guns and artillery). It reminds me of the Ottoman Army telling the Allies that "The European troops could never stand before the Ottoman sword" at the time everyone in Europe was using rifles already.