The Sloth is my Spirit Animal 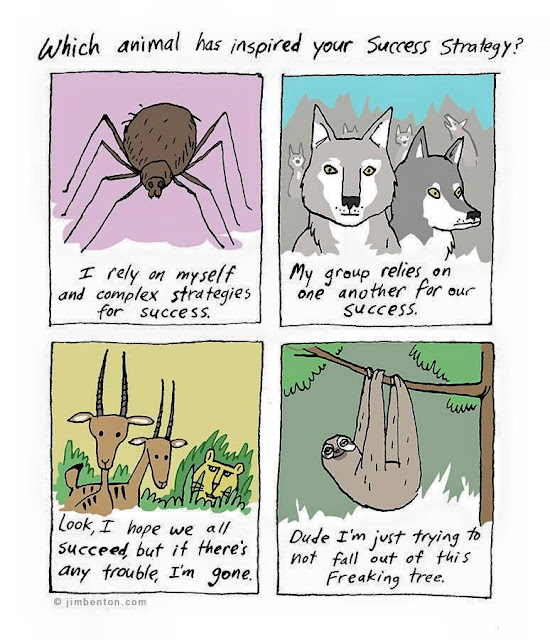 Posted by hiswiserangel at 4:05 PM

My totem is the brown bear, which definitely craps in the woods.

Sloth, the animal spirit of the latter generation X'ers an millenials!

By the way, could you ask Googl to come up with an even more retarded "prove you're not a robot" test?????....how many pictures are hamburgers...yeesh!

Some days I'm a spider, others a sloth. Maybe I'm bi=polar.

A dragon, want to be left alone in my cave. Fuck with me and you'd better hand over your greatest treasure, if not, i'll burn this motherfucker to the ground until i'm satisfied. maybe some other motherfuckers too while i'm up and pissed off. then back to the cave for a nap.

leopard....I'm a survivor...all other big cats in trouble...I'm thriving...hunt alone, stay out of sight..live right under their noses, eat their pets and their kids and they can't find me....AND my territory overlaps at least 3 females....