Your wirecutter meme of the day 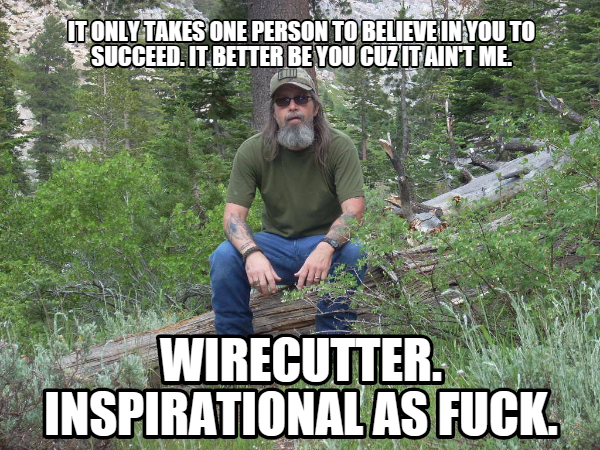 Posted by hiswiserangel at 6:24 AM

He's like the Grand-Pa I don't remember. I just want to go and sit in his lap, oh, and tug his beard.

OUTSTANDING!!!
Makes me want to tug my own damned beard.

A little known fact, even amongst honor graduates of the PDRK public school system, is that Wirecutter tugged his beard when Junipero Serra stumbled upon him during his journey north. Fr. Serra was *very* impressed, leading to the many points of geographical interest named El Real Barba that we see today.

Couldn't have been me, I don't do coastal California.

That you remember.
Just sayin'.