And some things stay the same 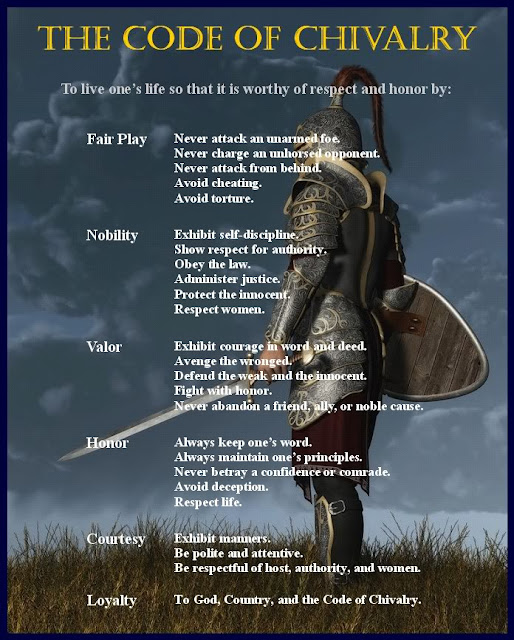 There has been much said, and most of it was comprised into one handy post by wirecutter a few days ago, about Kerodin's antics. Antics is really to cutesy a word, but it's what came into my head. The one thing I wanted to point out was the difference between Kerodin and his bootlickers and wirecutter, Wisco, George Patton, and JC Dodge as well as the rest of you. The Kerodin camp can't call themselves honorable in any way shape or form. Go down the list, mark off all the traits you personally embrace and put X's next to those you know they have repeatedly shunned.

Stunning difference, huh? The most glaring difference is in the treatment of women. To my knowledge, other than calling Holly Kerodin "Nervous", not one  has attacked her verbally in the way that Kerodin and his lackeys have attacked the wives and female friends of Patriots, myself included.
The despicable names and insinuations made about Miss Lisa, Mason Dixon Vixen, and myself continue to spew forth out of their vile mouths like sewage from an overloaded Port-a-Potty. They truly have no shame, and no sense of honor. You know without a shadow of a doubt, that they'd fight like cowards and hide behind women and children to save their own skins. In the days of our Founding Fathers, they would have been called out to the Green for a duel of honor; but rest assured, Kerodin and his ilk would have been the type to draw and shoot you in the back as you turned to pace off. Cowards and scum.

But really, and now I'm talking to the ladies here, what must go through Holly's mind when she knows how low and indefensible her "man's" words and actions are? How would you feel if you heard your husband or boyfriend spew the kind of vile vitriol that K does about good and true women? How disgusted would you be? And really, what does that say about Holly that she not only tolerates that kind of disgusting behavior from her "man", but she condones it? I know, if I heard my husband attack another woman with the kind of filth he's thrown at Miss Lisa and MDVixen, his ass would be in the doghouse until he issued an apology. Someone who can thoroughly disrespect a woman he doesn't know can't have much respect for women in general.

So, next time you see Kerodin and his buddies make hateful statements about women, just understand that they are honor challenged. They don't have a clue about how to be a True Man; and they don't have Good Women like Miss Lisa and MDVixen to back them and hold them to higher values of Honor and Chivalry.

Pity them. And know that they are truly grateful the Art of Dueling died long ago.


Posted by hiswiserangel at 7:29 AM

Thank you for your kind words my friend.

We all know that if you lay with dogs...you end up with fleas...even if it is a puppy....and that is all I can say. Scratch that.....literally.

I couldn't have put it better. Thank you.

Some of us called Holly the Akita whisperer-that's as far as any of us went,unlike the vile vitriol spewed by Scammy.
If anyone falls for Scammy's bs now,after all that's been posted it's on them and I want nothing to do with anyone who supports Scammy and the Akita whisperer

I find the Kerodins are becoming tiresome. Perhaps they should take a hint ( A whole lotta hints in fact) and just fuck off out of the public sphere. Sammy, you little pink hand scam artist, no one with half a brain believes any of the bullshit you spew anymore. You are a vile little pimple on the asshole of society. Go Away. Go FAR away.

Hi Miss Angel,
Very well said!!!!... Unfortunately "Short Bus Sammy" isn't a "One of a Kind" I have run into several like him of various intensities through my years.... In dealing with them it heightens ones situational awareness and makes one keen on who and how to "Trust!!" Like the saying about "Cowards dying many deaths,"......only trouble is how many more before "Short Bus Sammy" quits breathing regular for good!!
Audentes, Fortuna, Juvat,
III%,
skybill-out

Just a little insight from having met both of them...I think Sammy is just the mouthpiece for the scum the comes out of his mouth... He doesn't get to say a damn thing that isn't approved of by NyteOrchid... She is the dominant one in that relationship no doubt about it...She knows she has a puppet(puppy) as a partner and she is perfectly fine with that...I feel pity for the little runt...Hes the abused slave in that relationship... And how usually does those that have been abused usually act towards others...JMHO

I've avoided saying anything about him as I never had any dealings with him.

BUT...just from reading the things he wrote in general, I decided that he wasn't the kind of person I would associate with "In The World", so why get involved in cyberspace.

You guys, on the other hand, all impressed me mightily with your writing, attitude, and positions on things.

Many of you helped when I was a newbie at all this blogging stuff, and I appreciate it greatly.

And I'm honored that you let me hang around with you....

In my experience the "Play Fair" only works with those who have a semblance of Chivalry. I am thinking of a specific economic cult (it is not a religion) which even endorses lying to further their goals, espouses killing anyone who is not exactly like them, and treats women as property. There is no chivalry for them, only utter destruction will solve this problem.

I don't know the dude & he called me a pig farmer!

Unacceptable whether directed at a man or woman.

from what I've read Holly had her own scam.."wench magazine" aimed at people who go to Renaissance faires..but the people they were aiming at smelled something funny about it almost right away..

so I'm doubting she has any problem with her husband's behavior.

KimberWarrior45 - not only does espouse islam's virtues, but also the liberal views - not surprising as he was raised in the DC area and his wife majored in Liberal Arts.

I do not put anything beneath either Scambo or NyteOrchid... when he couldn't attend a PatCon due to having to be at an "escrow meeting" to sell a house he didn't own, in order to have the money to move across the country to their new hideout er... home... in an area he would ultimately find hostile to those of their ilk... well, let's just say that folks surrounded by a lot of empty places they could 'get lost' in, should show a bit more common sense and thought in their rantings.
One never knows, but as I've heard said... "shit happens" - Grandpa

I will not lower myself to play by their rules. If it means that I lose, then I lose with honor. However, I believe that the honorable path is always the path to victory. Whether in battle or in politics, a man, or woman, is only as good as their character.