Max and the Horse Shit Follies

A couple of weeks ago, I took Max for his evening stroll around the schools. The campus cluster holds the elementary, junior high, high school, tennis courts, football stadium and practice field. Twice around the outside is almost two miles, plenty of time for a young schnauzer to find trouble. There are parts where I let Max off the leash for a bit of freedom, rabbits you know; and, for the most part, he comes back when I call.

But this evening we were racing against some Texas thunderstorms, had already been around one and a half times and I decided to put the leash on and cut through the practice field. Now the schools are on the northern edge of town, literally at the town limits, and the people to the north have horses. We are RURAL. It's not unusual to see people riding in town, people in the grocery store in chaps and spurs leaving a trail of cow poop through the produce aisle. RURAL. So it really shouldn't have surprised me what happened next. Halfway through the field, Max goes dead weight on the end of the leash; I turn around, expecting him to be staring down a rabbit, only to see him on his back. Snout to tail, side to side. Rolling in fresh horse shit. My (mostly) white dog is now shit brown and happier than I've every seen him. The thunder is rumbling and the storm is getting closer, and I have a shitty dog. Literally.

So, I have three options. One: I can hold the leash out the window and let him trot the 5 miles home. Pros, shit-free momvan. Cons, I'll probably be reported to PETA. Two: I can dangle him by his harness out the window as I drive home. Pros, same as One. Cons, although slightly better, still risky. Three: I can take him back around to the sprinklers in front of the High School and give him a quick rinse. Pros: Shit-free momvan. Cons: Pissed off Max. Actually, there are no Cons. 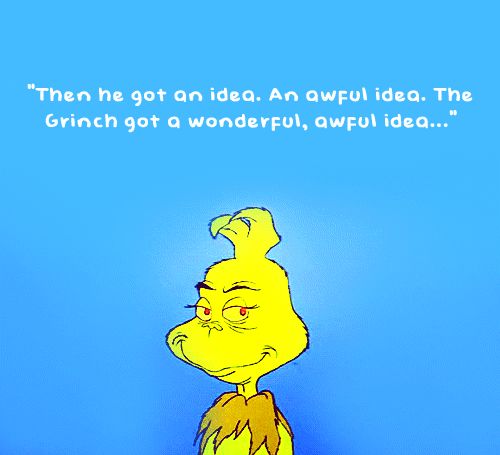 Talking him into it wasn't hard, more walking is a treat to him. We headed back around the HS on what he thought was lap 3 and everything was groovy. Until he saw the sprinklers, and he knew. Like dogs know when they're going to the Vet instead of the park, he KNEW, and all of a sudden, he hit the deck. On the ground. Full passive resistance like the best hippie protester you ever saw. So I'm less than 20 feet from my goal, my shit-covered schnauzer is playing dead on the end of the leash, and the rain is starting to fall. Do I drag him across the sidewalk or do I pick him up getting me shitty in the process? I start dragging, and eventually he realized concrete burns suck, and trots to his doom. I find the broken sprinkler, there's always a broken sprinkler, and place him in the "shower". Standing on his leash to keep him locked in, washing him down with both hands, the Heavens open up. We're both drenched. Shit-free, but soaked. He's pissed, I'm pissed, and we're about a quarter mile away from the momvan.

By the time we make it back, the rain has stopped and I've contemplated where to bury him, but I get a couple of beach towels out of the swim bag in the back and try to dry us off a bit. He wiggles and snorts, protests and sulks, and then settles on the back seat as far from me as possible. We drive home in silence, like spouses who've had a row, and go to separate rooms. I get the Chicks bathed, drugged and settled in to bed, and we retired to our room. Still not speaking. It wasn't until well after midnight that Max finally softened enough to jump up on the bed. It was then I smelled his collar. Shit.

Posted by hiswiserangel at 6:44 PM

Wet or smelly dogs are the reason for a dog crate in the car. But you have to cover it with a blanket, to save your windows from do-holders from breaking in to "save" the dog from the hot car.

Now THAT made me laugh out loud. I am a bad person.

Something to add to your car kit. A small bottle of Dawn. Works for emergency washing of cars, dogs and people.

And you can de-grease a duck after an oil spill, so you don't have to worry about all that oil when you take the duck home to cook it.

It's my observation that there's nothing friendlier than a wet dog.

LMAO! Whilst Max was sulking he probably contemplated the trouble he has gone to in the 'training my mistress department.'
Eu de horse poo is his version of Chanal #5.

Still laughing Red! Thanks for a nice start to a rainy Monday.Yes, listen to Andrew 'cause it works.

I had a dog like that, he lived to roll in cowshit. In his spare time he would go out to the pasture and collect dried cowpies and pile them in the yard.

At least you had shit to burn in the winter.

You write well and I enjoy reading your adventures beyond the other excellent content you provide. I was sitting here reading and nodding in empathy. Except MY most memorable fecal escapade occurred in Tucson when I lived below "A" mountain in the 80s. I went out for a sunday paper and some fresh tortillas and took my blue heeler for a romp down by river. There was a large transient camp a good way off between the interstate and the river but I guess the denizens crossed the dry river bed to isolate the ??seatless latrines?? and Grits returned from her excursion into the greasewood covered in human excrement! This just solidified the idea I had that the PERFECT daily use vehicle was a pickup and she rode home tied in the bed.
She was a great dog but never learned that human crap was not a good fragrance and lapsed into the same behavior numerous times in different locations. UGH!

Dink,
I'll take horse shit over just about any other flavor any day of the week. Smells like alfalfa.

Our Siberian found a rabbit that had been dead about 4 days. She rolled in that putrefied gob of rot and then wanted to come in the house. OMG she was rank! We bathed he outside but the minute we were done, she went right back out to it again. (I too contemplated her burial.) We finally had to find that dead rabbit and scoop it up with a shovel and then dispose of it in order to keep her away from it.

I am convinced that dogs have only one smell they don't like - skunk!

"I am convinced that dogs have only one smell they don't like - skunk!"

I believe you. I'm semi-rural here and about once a year Stupid-NeighborDog gets a reinforcement of the lesson about playing with the white-striped kitties.

Dick.
Your writing style is overblown and pretentious. Please stop.
Take note of the honest and funny comments from regular contributors and kindly follow suit. (Sorry Angel but he just gets up my nose.)

Angel.
I am with you on the mostly unoffensive nature of horse crap. Most mammal herbivores are that way. A farm kid, we moved from a truck farm onto a dairy farm that I lived on for about a dozen years till after high school and have lots of credit in cleaning barns and composting (for sale to local gardners) all the waste. Spent lots of time in cowpie fights too-- after a couple of days in the pasture they turn into a pre-Whammo frisbie that is at least as much fun as throwing snowballs.