The Evolution of Government Bureaucracy 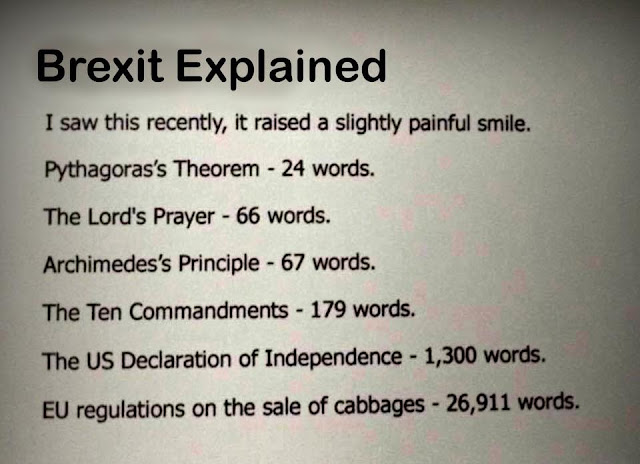 Posted by hiswiserangel at 3:39 PM

The best part, for me, about Brexit is going to be spending the next 10 years watching them slowroll it.
Because there's nothing less responsive to a vote than EUnuch bureaucrats.

Armies of faceless, non-elected bureaucrats with nothing better to do then count how many angels can dance on the head of a pin, and then regulate it!

bureaucracies are a self perpetuating, inevitably destroying scourge of mankind....they may cure cancer, but there is little cure for bureaucracy...