We have only the Dems to blame

I've said it before, I'll say it again, Liberalism is ruining Man. Manliness. Masculinity. And now there is scientific proof that men are less, well, manly. I am so grateful to those men who are hanging in there and teaching the next generation. Keep the flame alive. Because no one wants to see a world of THIS: 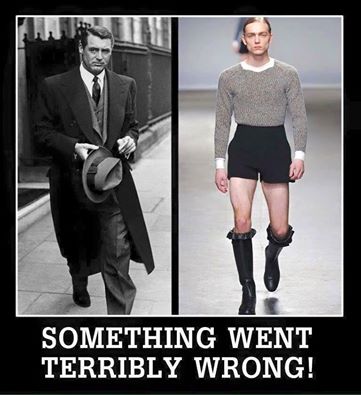 Every generation argues that the ones coming after it are less than worthless. As a Gen Xer, I sure heard plenty from the Baby Boomers about how we were going to be the death of America: we were lazy slackers with no prospects for the future, etc.
Millennials hear the same stuff, to be sure. However, science now backs their parents up:

If today's men think that all those video games are helping them maintain optimal hand strength, they'd better think again.
In a series of studies testing grip and pinch strength, researchers report in the Journal of Hand Therapy that among the 237 healthy millennials studied between the ages of 20 and 34, men today are significantly weaker than their counterparts of the '80s.
Specifically, men could squeeze with 120 pounds of force in 1985 and only 95 today, reports Today.com. The strength of women dropped off, too, but not as substantially.


Posted by hiswiserangel at 2:08 PM

Some of us still act and live like MEN, Angel.

And we just shake our heads in disgust at these "Metrosexual 'Men'".....

Archie Leach was in the closet for years, but the man knew how to dress.

more little boys need mud and cowshit on their boots and steak and taters in their tummies, and less eyestrain from video games and less soy based testosterone robbing gook to eat....

Not at my house, it didn't.