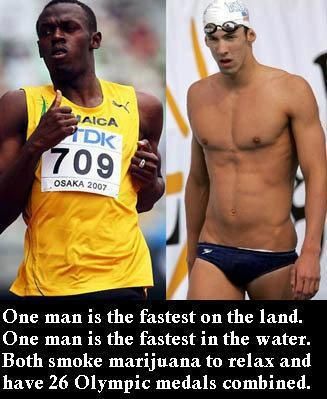 Posted by hiswiserangel at 10:29 AM

You've done it! That formerly unknown pothead philosopher of the irrational has finally gotten a broad distribution for his egregious justification of always being high when you published this blatant obfuscation. That is called specious reasoning.
What do you suppose he will consume to celebrate the event? LSD? Because Timothy Leary was an unknown research psychologist while he experimented unsuccessfully for years, looking for a cure for mental disease but became a household name subsequent to his taking Acid and finding temporary success at lauding psychedelics FOR PERSONAL GROWTH AND TO IMPROVE YOUR LIFE?
BTW- Despite some people handling psychedelics well, Timmy, deep in paranoia, later escaped from prison and was recaptured while hiding in the garden spot of the world, Afghanistan. Yep, he found lots of personal growth and life improvement! YET THIS SMALL SAMPLE PROVES ABSOLUTELY NOTHING ABOUT SUSTAINED LSD USE, PRO OR CON.

it is my understanding that marijuana is an herb, while LSD is a man made chemical....as is often the case the stuff growing in the dirt DOES have some positive uses.....

Hey Dick what is your problem? Persons such as yourself have no idea what goes on in the real world; might one suggest that you get a life and develop a sense of humor? Wanker!

da fuq is dicks problem, other than being a dick? who said anything about lsd or timoth leary???

other than that, i have no problem whatsoever with marijuana use, even partake myself at times. it has many health benefits, has been used in religious ceremonies since time out of mind, and it's way better for you than alcohol or cigarettes.

To be fair to Dink, village idiots have free speech rights.
Bless his moronic little heart.