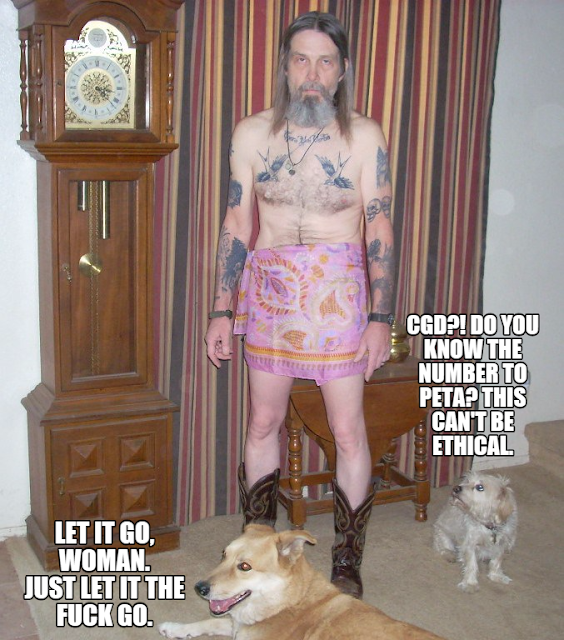 Posted by hiswiserangel at 1:24 PM

Sad, but Kenny, you are a man of honor and integrity.

OMG, the look on his face!!! Priceless!! Too funny. Never though I would see the day.

This is what I've been waiting for. Don't let us down HWA.

A man of his word, and he didn't pussyfoot around to get it done either. Because sometimes, you just gotta grab the bull by the tail and face the situation.

..the boots, it just wouldn't be the same effect without the boots....I don't care what they may say or think, WC, I salute you!....

yep, it's the boots... damn fine picture!
Somebody should be proud! :-)

A tiara and a septre is needed in this picture dammit! On the other hand, the photographer was probably worried Wirecutter might go medieval and use it on them.

Man of honor he is - if anyone needs proof if he is a man of his word - there's your sign.