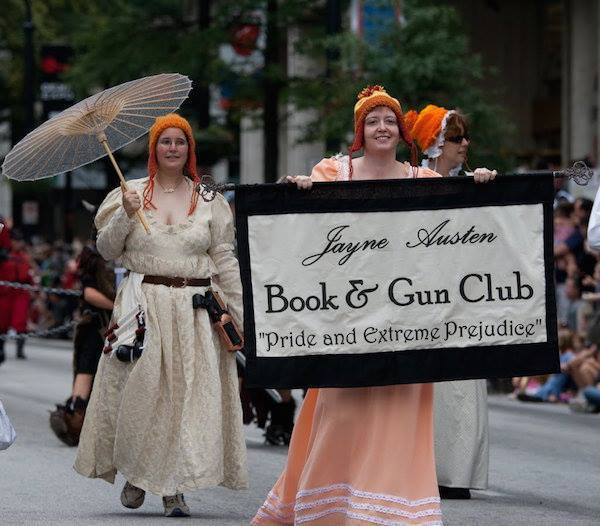 Posted by hiswiserangel at 12:49 PM

That is a great one, Madam President.
Terry
Fla.

The wife loved this pic.

Woman walks down the street in that hat, people know she's not afraid of anything.

Angel, did you ever read any of the "Sweet Potato Queens" books by Jill Connor Browne? I do believe you would fit right in with all of the other "Tammies" as described by Ms. Browne. For those who haven't read the books, the first book "The Sweet Potato Queens Book of Love" has a chapter entitled "Men Who May Need Killing, Quite Frankly."

Which also reminds me of the joke about two lesbians.... The two lezzies were having an argument, and one butch says to the other, "I'll be frank with you..." but the other one answers, "No! It's my turn to be Frank! You were Frank the last time!"