I'm not paranoid, Doc, the bitch is following me 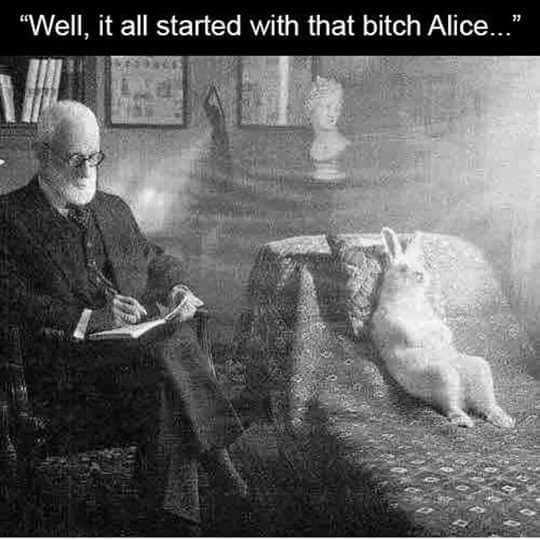 Posted by hiswiserangel at 2:45 PM

the whole "Thru the Looking Glass" trip was some kind of "trip" for sure...still not sure what Lewis Carroll was smoking when he wrote it, but for sure he was under the influence.....

"Reminds me" a friend saie she saw a car on the freeway and noticed the license plate said,"ML8 ML8" what kind of car was it and what color was it!!!

Any takers?? I'll come back in a few with the answer.

I think I know, and that's priceless.
Don't want to ruin it for anyone else who cares to guess.