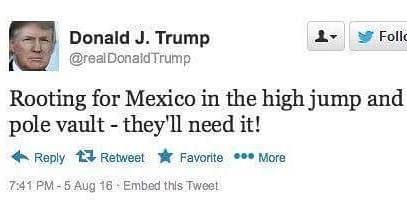 Posted by hiswiserangel at 12:20 PM

I am the antithesis of PC.
The shit has hung on longer than Disco did.
I lived through that, this too shall pass eventually.
Not soon enough though.

they well need luck....all the ones who could jump high are here in the states......

V V, as well as the ones who can sprint and swim.

Shame. It's something he should have said.

At least with disco, I could switch to the country western station. Now even that pretty much sucks.