When your mom has Tourettes 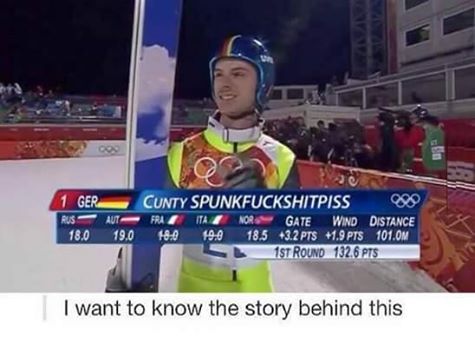 Posted by hiswiserangel at 3:47 PM

That's been around for 2 years.

an apocryphal story from your own backyard, Wise Angel One, has a member of one famous clan called "MARSH" merging in matrimony with a descendant of another called "Coon"...both sides noted for eccentricity. In due time, the couple produced an offspring,and, under considerable pressure from relatives to recognize both sides of the family tree, ended up shooting a defiant finger to their ancestors and named the unfortunate child "SWAMP NIGGER".....or so goes the story. Moral being,leave new parents the hell alone in naming progeny, and maybe you won't be embarrassed!!